The Logan: Epicenter of Our Philadelphia Eagles Superbowl Parade

We all can tell you a story how the Philadelphia Eagles Superbowl LII win impacted our hearts but what about our community? Following the 41-33 victory over the New England Patriots, a united energy and contagious Super Smile drove fans downtown to be a part of the euphoria—resulting in a 5-mile victory parade stretching from Broad Street up Benjamin Franklin Parkway to The Philadelphia Museum of Art.

And all eyes were on the City of Brotherly Love. 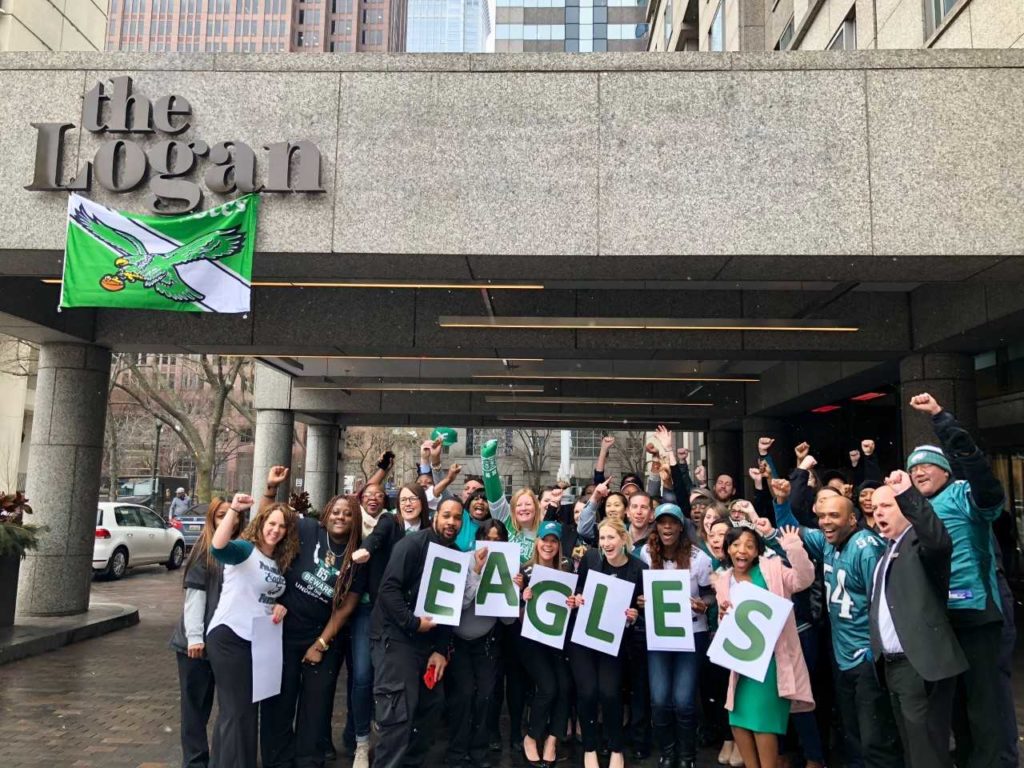 So when the first-ever Superbowl Championship parade was planned in Philadelphia, a celebration 60 years in the making, you can imagine how businesses in Center City benefited in various ways, and Philadelphia hotel The Logan was no different. Oh, how we wished we could all have enjoyed The Logan’s coveted vantage point peering down the Parkway from its Assembly Rooftop Lounge, to conference rooms and hotel suites to Urban Farmer, its modern steakhouse. So how did The Logan fare?

Here’s how it impacted The Logan, one of our very own NACE member businesses from the unique perspective of The Logan General Manager JoAnn Wrenn:

Why do events like Eagles Super Bowl parade matter for hotels?  The euphoria around events like this puts an amazing spotlight on the city of Philadelphia. At The Logan, it gives us the opportunity to really showcase our brand as Philadelphia’s hotel and, for the city as a whole, to demonstrate to everyone watching that Philadelphia is a great a destination.

We are a drive market city, so when events like the parade go well, the best of Philadelphia is showcased. People want to come back because the city handled it so well. 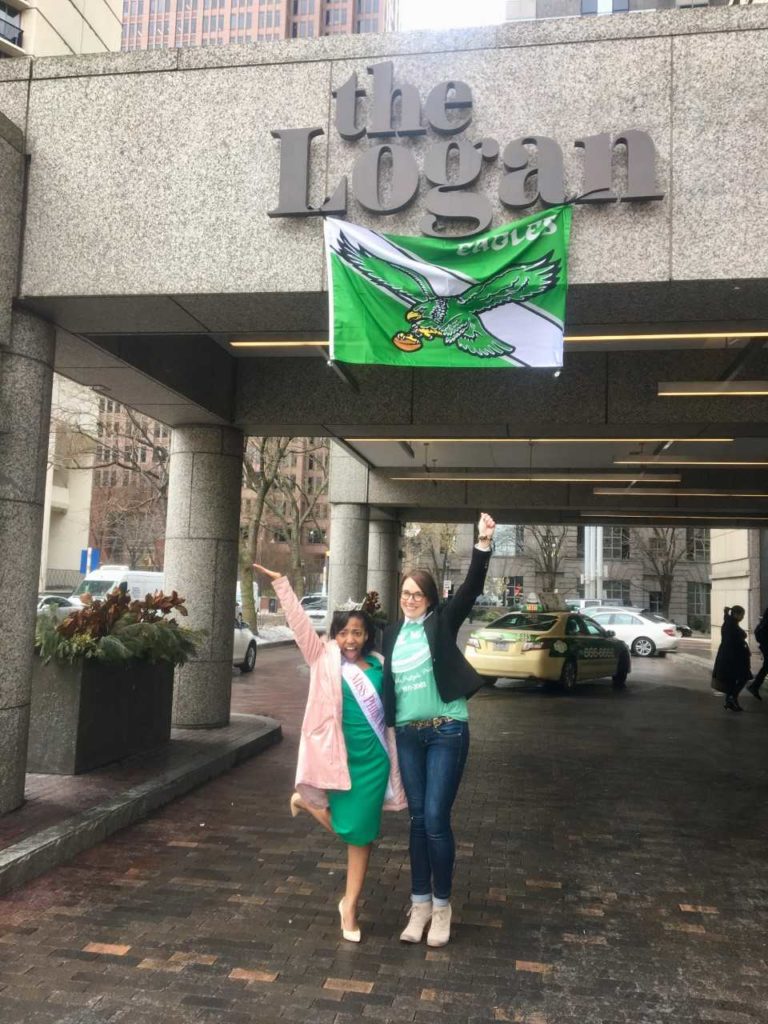 How was hotel performance after Thursday’s Eagles' parade? In a word, phenomenal. Not only because we were sold out, but because being at the epicenter of the celebration, we truly had the opportunity to be Philadelphia’s living room.

Every space with a view of the Parkway was occupied. Even more importantly, guests praised our level of service, calling it top notch. We received a lot of kudos that guests not only enjoyed themselves but felt safe and secure throughout the entire event. People were in such a good mood, we received a number of future bookings for our spa.

How can hotels showcase their capabilities during major events? Why is that important as competition grows? To be successful during events such as the DNC, papal visit, NFL Draft and now a Super Bowl parade, it’s about planning, teamwork and level of service.

Through each of these events, The Logan team has come together and exceeded guests expectations by embracing the event and ensuring that every person in the hotel felt special. That sets you apart. From the day after the Super Bowl, and even the days prior, we met daily as a team, knowing an event like this would challenge us once again to show up and perform at our best.

When these big, exciting events land on your front door, you need to take a step back and plan every detail strategically. Based on feedback, our guests felt safe, secure, welcome and celebrated.

It doesn’t get any better than that. It was an all-hands-on-deck effort; every manager was working in a guest-facing capacity during the parade, and they did an awesome job. I am really proud of our team.

How was performance for Urban Farmer and your bar areas? Dan Russo and his teams at Urban Farmer and Assembly did a tremendous job. Both venues were packed and guests had excellent views of the parade.

Who wouldn’t want to sit in one of the city’s best steakhouses and experience this incredible moment in Philly sports history? 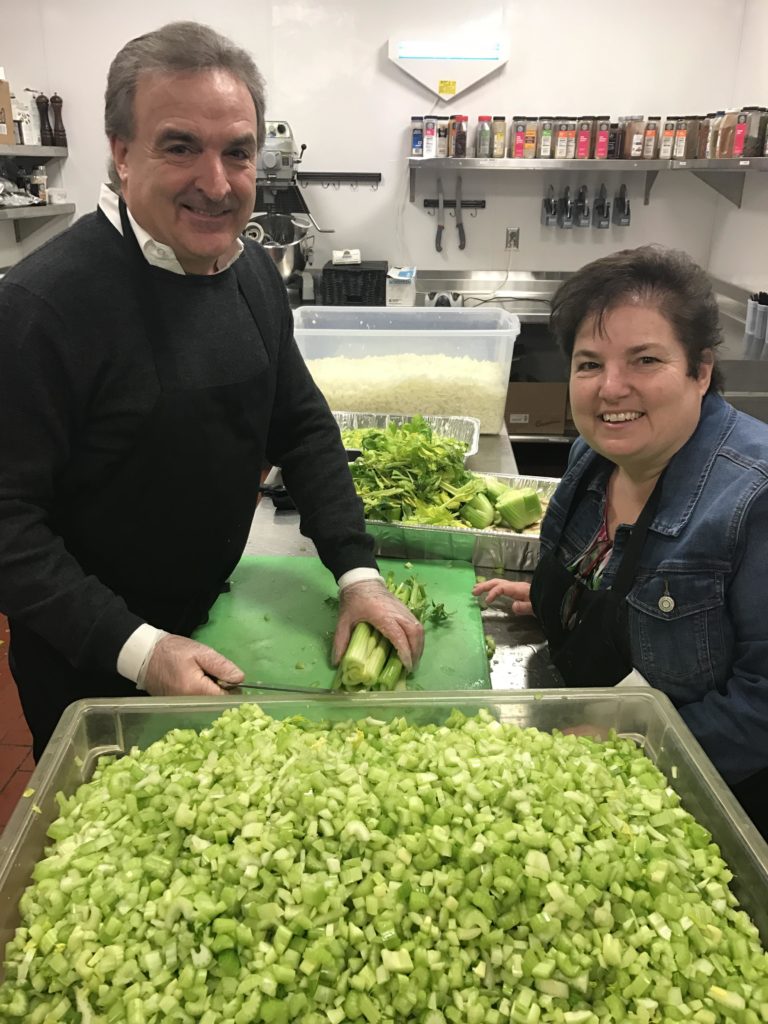 Previous Post NACE Philly Members Give Back to the Community

The Latest From NACE